WRITE OR BE WRITTEN OFF 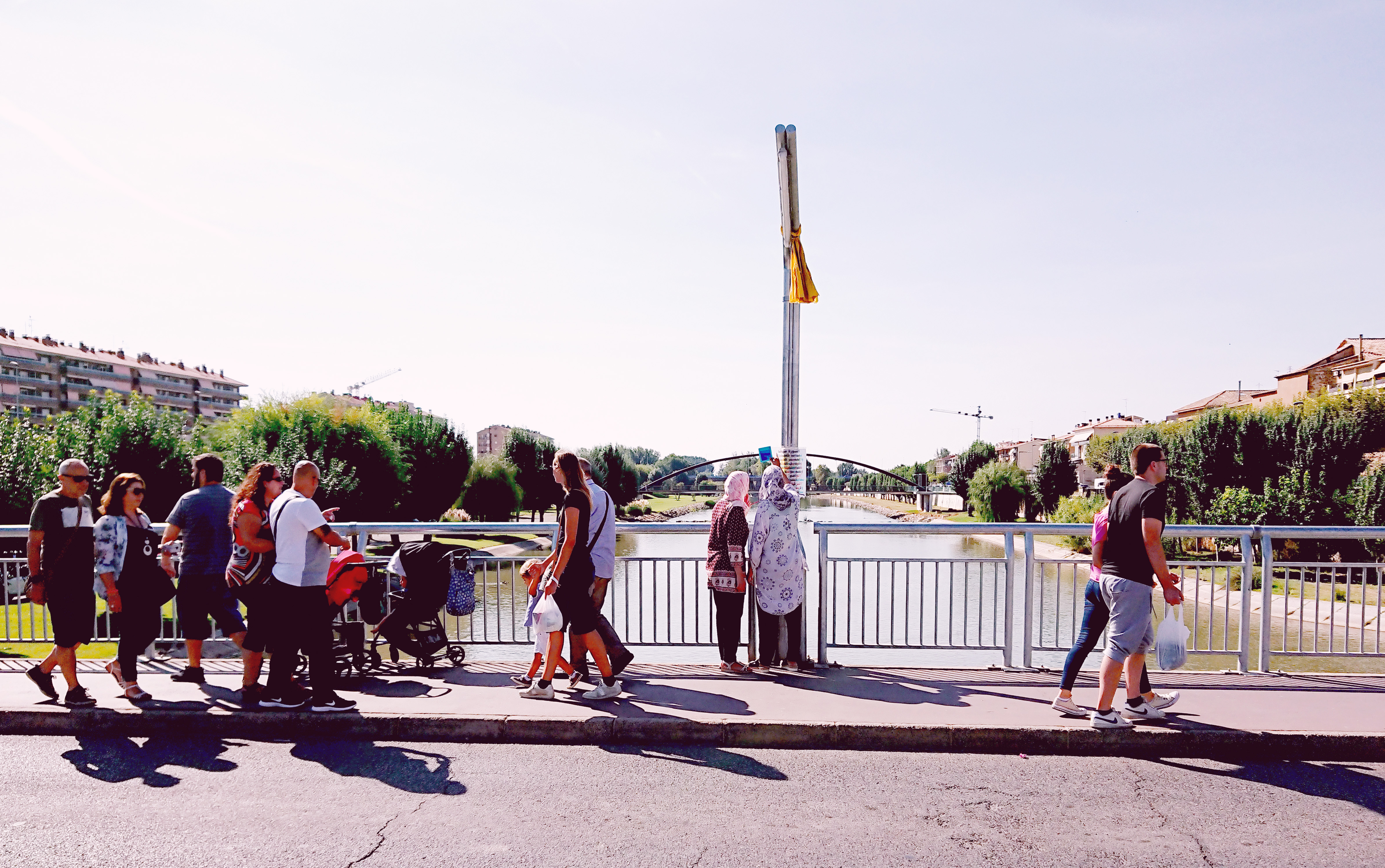 WRITE OR BE WRITTEN OFF Is an invention intended to tease the structures of truth through language.
This work aimed to create a lively 'back & forth between different community members, where hierarchical structures and racism can be debated. The intervention tried to avoid claiming a truth, but it challenged this notion by confronting pedestrians with different realities.
Through two overlapping written texts, one can be distinguished by using filters. Six pallets were placed on a bridge links between the two sides of the town, with different languages used for Arabic, Catalan, and Spanish.
Through field research and discussions with local artists and non-artists, we concluded a demographical understanding of how the town split and the population distributed in this terrain both socially, politically, and economically.
The time and place thoughtfully had chosen because the bridge was an essential link on Saturdays when the farmer market was open.
Different groups from diverse backgrounds gather in the main square. They trade and exchange in this market, and the bridge is a joint linking the city, the tactic is to win people's attention, and passers helped to activate the palettes. The audience-watching audience situation was an aspect of starting. Until the end of the intervention, there was an incident, someone/something ripped down one of the palates, the one written in Arabic, which corresponded with the idea of revolution from a different Islamic point of view.